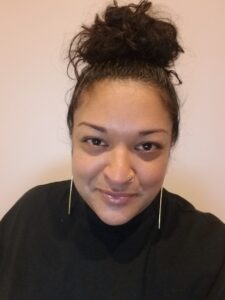 Kaajal Shah founded K Shah Consulting, LLC in 2010 with the intention of providing organizational development and capacity building support to primarily nonprofits, social justice-based groups and movement leaders. Her work has focused on strategy development, systems building and operational planning. Kaajal serves as a coach and is also a trainer, facilitator and educator who enjoys accompanying content with aligned tools and resources.

Kaajal’s path started as a young organizer in NYC focusing on the anti-police violence and the end youth jails movement, while learning and building a political analysis while with the Student Liberation Action Movement (S.L.A.M.) at Hunter College in the late 90s. While pursuing a M.S.W. at Hunter College, she began working at the FAR Fund/Fund for Social Change, as a Program Officer, administering and monitoring grants to over 55 youth serving nonprofit organizations focusing on youth violence prevention. Simultaneously, she served as the Director of Operations for The Ave, a national magazine focusing on connecting Hip Hop artists to social justice movements, overseeing the marketing, communications, advertising, and events departments.

In 2008, Kaajal moved to the Washington, DC area to pursue capacity building and organizational development work. From 2009 – 2010, she served as the Director of Training and Capacity Building at the Praxis Project, where she was able to support various aspects of the national health justice movement by providing technical assistance and trainings to policy focused grassroots groups across the country. During that time, she was a member of the National Planning Committee for the U.S. Social Forum, which was held in Detroit, June 2010.

In July 2015, in solidarity with and support of the national uprisings sparked in Ferguson, MO and the #BlackLivesMatter Movement, Kaajal Co-Founded Train the Movement: A Trainers of Color Collaborative, which provided skills building trainings, political education and resource sharing spaces, all led by and for BIPOC folks organizing locally in Washington, DC. Since moving back to NYC in July 2016, Kaajal continues her consulting work as well as political education and training work, while writing more and further learning her roots to support the ongoing movement of South Asian and Black Solidarity.